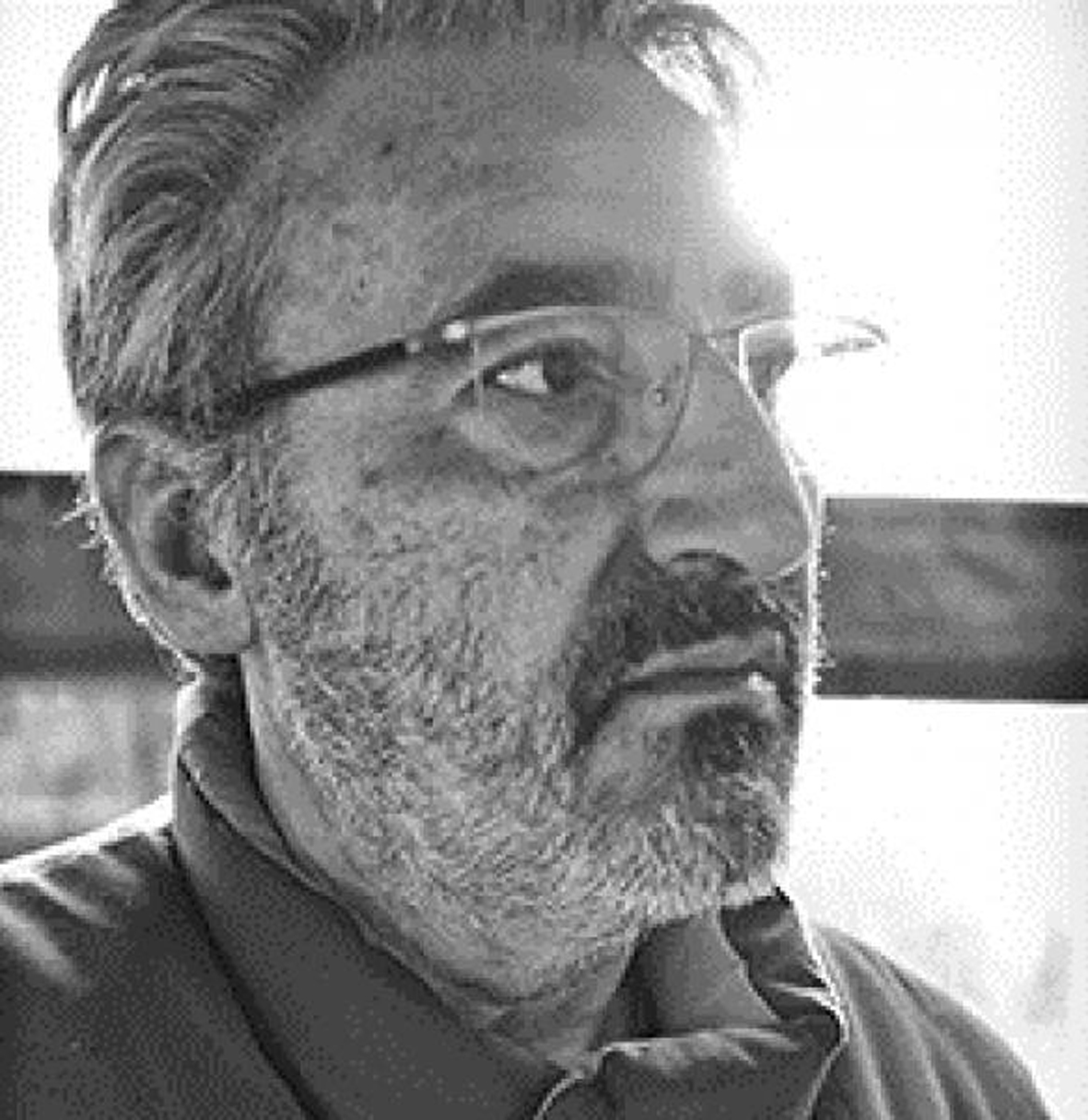 After thirty years as a graphic artist, Christian Roux wended his sinuous and untypical cursus in the world of illustration by weaving with brio a path from the media to advertising, from children’s books to cartoons. All the types of proved successful for that rare bird who likes to play solo: «I enjoy doing things on my own. I have always been a loose canon and I never wanted to belong to a chapel or to a clan.» Without showing off, this discreet character has quite naturally cultivated this freedom of mind since the Seventies and his hippie adolescence, when he taught himself to draw, in his bedroom in Lyon, while listening to rock’n’roll. Being curious he formed his taste and forged his style by exploring others’ styles: Rothko, Bonnard, Chardin, El Greco, without omitting, in another range, Topor and Sempé, whom he particularly appreciates. Very focused, he blackened sheets of paper, elaborated worlds and characters, by trusting his instinct, without undergoing the influence of an art school.

One day, aged 17, he jumped aboard a train for Paris and the offices of the magazine Actuel, where he decided, brazenly, to show his illustrations to Jean-François Bizot. They were immediately published under his pseudonym at that time: Cathy Millet.
Cathy Millet alias Christian Roux, then met Georges Wolinski who opened wide the doors of Hara Kiri and later those of Charlie Mensuel. From the 80s onward, and up to today, he added up contributions in France with Libération, Le Monde, Glamour, Marie-Claire, Cosmopolitan, Le Magazine Littéraire, Lire, Psychologies, XXI and with the international media such as: Italian Vogue, The New Yorker, The Washington Post, The Wall Street Journal… He also took part in advertising campaigns (Air France, Kodak…), in the creation of lithographed original posters, (Will’s Wine Bar, Concerto Media, Charles Heidsieck) and also undertook cartoons for La Redoute, Inserm, Tamaguchi.

About ten years ago, at the time when he invented and illustrated stories for his son Abel, he side-stepped towards the illustration of children’s books. On this new playing ground, with its rigorous codes and restrictions, Christian managed to impose his extremely graphic style, simultaneously elegant and minimalist, even as he remained faithful to his principle of drawing for children as he would for the grownups. His other guideline? Simplicity. This adept of the motto «less is more», loves, in concrete terms, to give the impression that his work was easy to carry out whereas, in fact, it involved a major investment from the very start. «I don’t like one to smell the sweat» he says smilingly. His home-made recipe works since he has published about twenty books, including the well-received «Le Lapin et le Tigre» (Seuil Jeunesse) and «La boîte à lettres» (Albin Michel Jeunesse). In 2015, he brought out, the promising «The wolf and the seven young goats». This book, originally commissioned by a Korean publisher, was later adapted by Seuil Jeunesse. The twelve illustrations taken from the book are being exhibited for the very first time in FLAIR Galerie.

Christian Roux is represented by the Galerie SIT DOWN, Paris