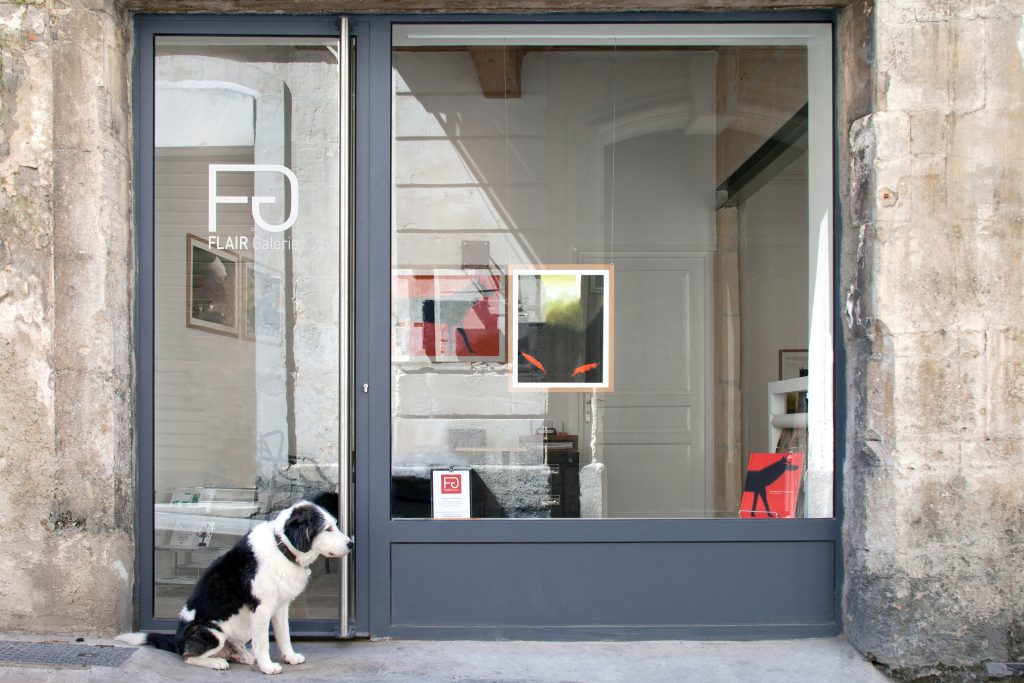 FLAIR Galerie is a member of the Arles Contemporain network.

FLAIR Galerie, a singular space in the heart of Arles, is devoted to contemporary exhibitions, art books and magazines, dealing with the representation of animal life.

At the invitation of Isabelle Wisniak, founder of the gallery, artists come to ponder, experiment and develop their work, offering an unusual flip side of the world, more poetic, enigmatic, and vast.

If animals out of their kingdom are far from an easy topic, FLAIR Galerie, ever since April 2015, has an open-door policy to different species and welcome works signed by such diverse and sensitive paws as photographer Dolorès Marat, sculptor Roland Roure and painter/set designer, Lucio Fanti, to name a few.

Since then, dogs, cats, giraffes, elephants, lady crocodiles, and flying dragons take turns hanging out, framed by Flair where the only frontier is human imagination.

The exhibitions in pictures

Paintings and drawings by Caroline Desnoëttes

3 exhibitions, 3 venues, in coproduction with the City of Arles
> Exhibition
© Emilie Ballif

Drawings and Collages by Pierre Desfons

Inks and watercolors by Lucio Fanti

Illustrations by Lucy Marshall (The Dogophile)