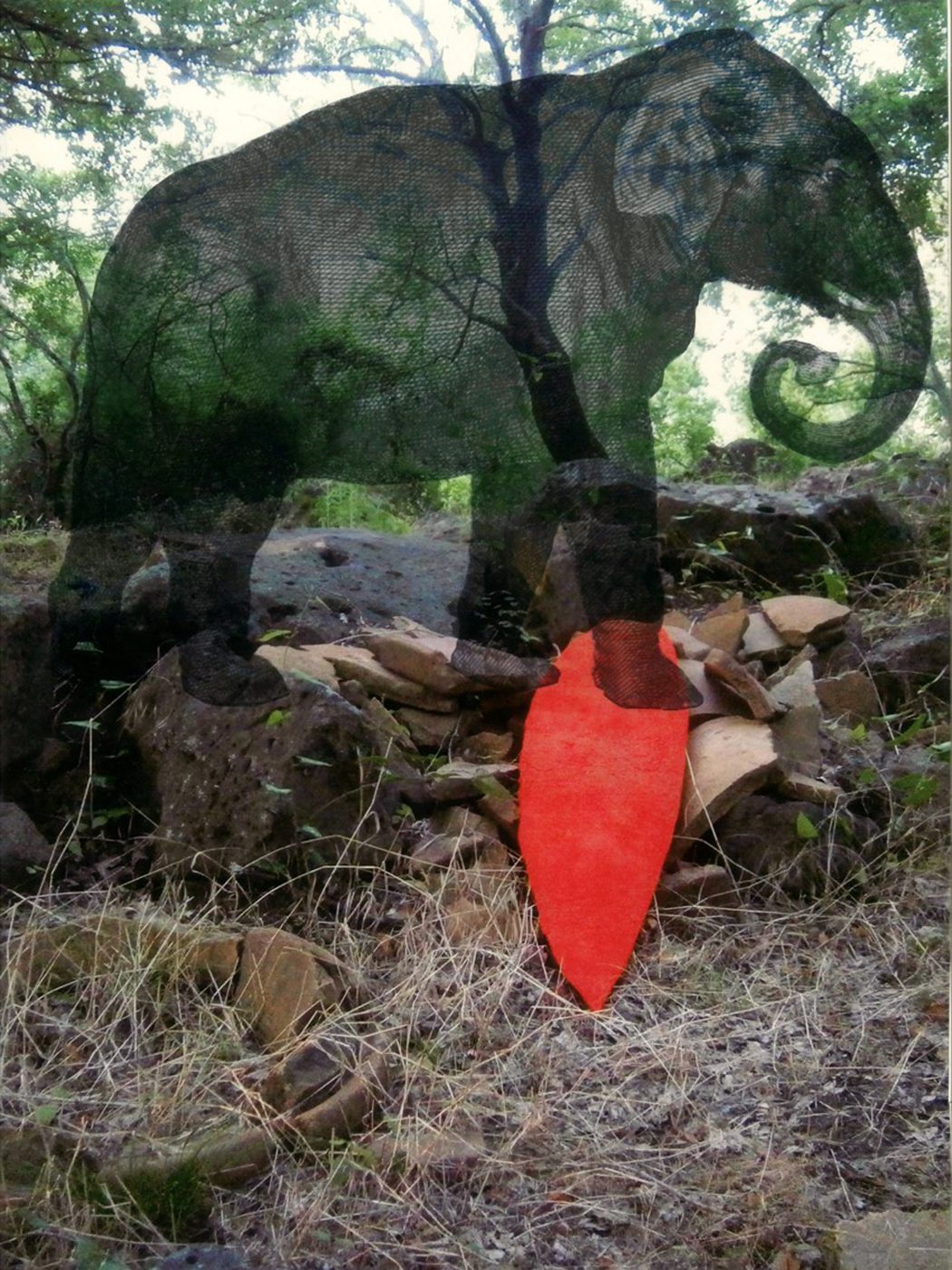 For its opening on April 3, 2015, FLAIR Galerie is offering about twenty works that make up a retrospective of the Roman artist Salvatore Puglia, on the theme of the impossible contemporary dialogue between man, the animal and nature.

Through these twenty or so works, the exhibition allows us to grasp the artist’s progression, from his first very documentary compositions, at the end of the Eighties up to his very latest creations.
The eight new works are based on eight wild animals taken from the two hundred or so zoological illustrations of the French naturalist Georges Louis Leclerc de Buffon (1707-1788), who was in the habit of classifying animals according to their degree of empathy and/or resemblance with human beings. He was thus the very first, nearly a century before Darwin, to note the similarities between homo sapiens and the monkey. But whereas Buffon liked to set up those animals in mythological settings and in History’s harmonious remains, referring back to an almost “Rousseauist” state of innocence, Salvatore Puglia extracts these illustrations from their original background to provoke a shock-filled confrontation with the contemporary world. He superposes or, even, literally embroiders these animals on the implacable photographs of our devastated environments, on the ruins of a new kind, products of intensive industrial exploitation and of a mad need for profit never before attained in the History of humanity.

All the animals are not taken from Buffon’s illustrations, some are much older like that bison inspired by the rock painting graffiti of Nevada dated from 11.000 BC, or that rhinoceros taken from the prehistoric echinus of Valcamonica.
With the presentation of his tragic and derisive Eden, by thus confusing the elements one with the other, the periods one with the other, Salvatore Puglia obstinately installs the idea that nothing more can be disassociated, that each element is condemned to “contaminate” the other, that our civilization’s decadence (more than that of any other civilization in the past) can no longer, in any case, open up a redeeming pathway in the direction of nature. The die is cast. Condemned as we are to the terrestrial purgatory, in the company of our imaginary animals.