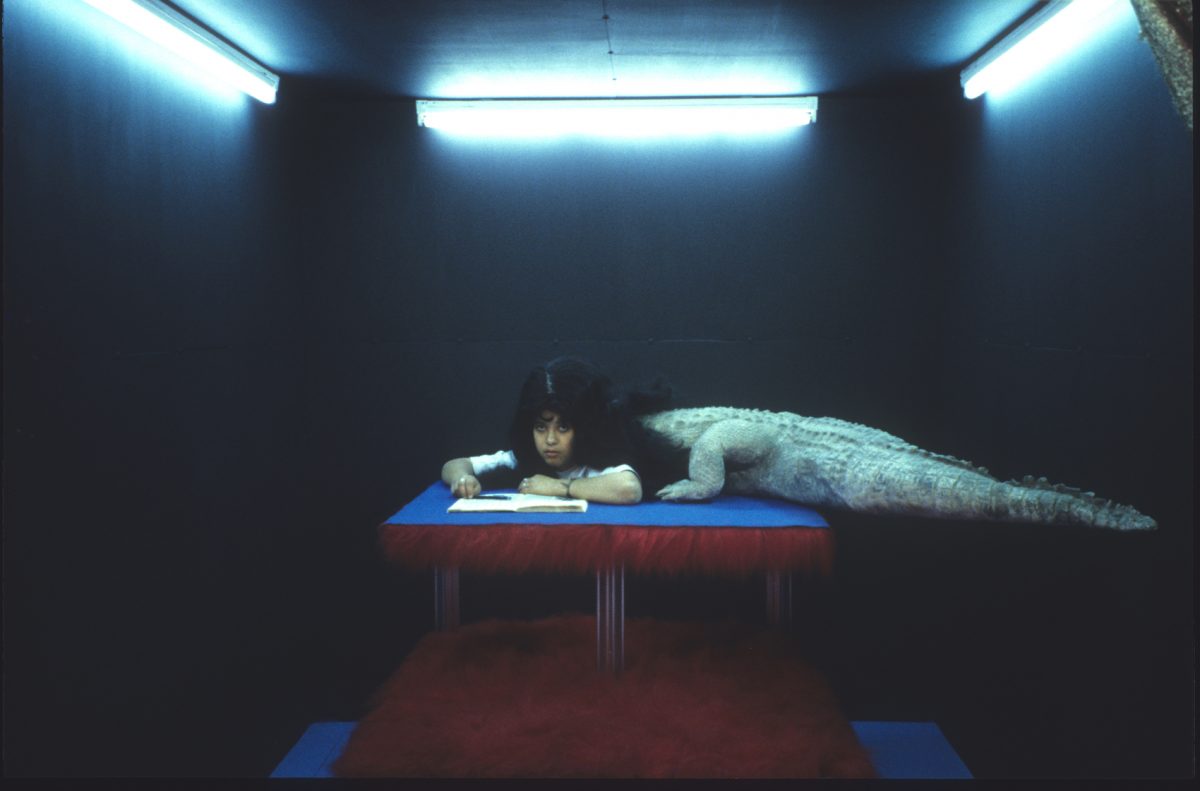 Assembling thirty photographs by Dolores Marat, all dealing with the animal kingdom, FLAIR Galerie invites us to explore in an unusual and unprecedented fashion the work of this singular artist. The exhibition, being held from July 2nd to August 27th, consists exclusively of Fresson prints, a rare printing process perfectly befitting, in their smoky aspect, the oneiric quality of her work.

In Dolorès Marat’s work, a cat is not necessarily a cat, a woman may very well be a crocodile, a spider or a fly, and a burning can turn into a dog. As suggested by one of her books, entitled Illusion, Dolorès Marat has a penchant for side roads. She might be taking pictures of reality, but what we see in her images seems not quite real. An instinctive photographer, she knows no bounds, setting no rules for herself, she lets her impressions be her guide. And thus, the images that have marked out her path for three decades constitute by consequence, in a certain manner, the sum of her emotions, aroused at random during her journeys or in her daily life.

Because Dolores Marat is first and foremost a gleaner. She never sets out with the purpose of taking pictures but at the same time, her camera is always with her. Photographs present and impose themselves on her and encourage her to… release the shutter. “Something is beautiful, therefore I photograph,” is her simplest explanation.

And it is true. If it is happening in Paris, Egypt, Syria or Rome doesn’t matter. Dolores Marat operates like a magician, capable of extracting the extraordinary from the banal, the fantastic from the normal: here a cow seems to levitate, there an elephant melts into the background, elsewhere birds take off above a road sign that reads “Exit”. The other main characters in her work are color, which often runs the show, and the motion blur that has become her imprint, providing the sensation that these protagonists in her playlets are still on the move. In the wonderful world of Dolores Marat, time does not exist and night beckons with a benevolent embrace…

This exhibition is supported by Lily’s Kitchen